If you are looking for Norway´s top entertainer, magician and mentalist you have come to the right place. Prepare to be amazed, Denis Stone performs mind-blowing magic and illusions delivered in a relaxed and humorous way. He has developed a unique style of psychological magic.

Denis Stone is a magician, mind-reader and illusionist from Dublin, Ireland. He has for family reasons moved to Norway, but he still performs shows worldwide. After relocating to Norway, Denis Stone has quickly established himself as one of Norway´s most sought-after professional entertainers.

For the past nineteen years, Denis has been leaving audiences amazed and open-mouthed in disbelief at corporate events, weddings and private parties. He performs regularly for large companies, and has been invited to perform all over the world at private parties and events for A-list celebrities including Bono (U2), Cheryl Cole, Victoria and David Beckham to mention a few international celebrities. In addition, Denis has performed for Norwegian celebrities such as Therese Johaug, Else Kåss Furuseth, Tv2s Sigurd Sollien, John Arne Riise and Thomas Numme.

90% of Denis’s bookings are repeat clients or by word of mouth from people who have seen him perform, which is proof of the quality of his work and also the impact he has on his audience.

What people are saying →

Denis Stone provides a range of corporate entertainment and hosting packages. He has been nominated and won awards for Best Corporate Magician several years in a row. Denis’ unique brand of entertainment will make your next event one to remember, leaving your guests and delegates talking about it for a long time.

“Denis was an amazing element at our event. He has a natural style which really engages everyone. His personality makes everyone feel included and entertained. I can really recommend Denis” 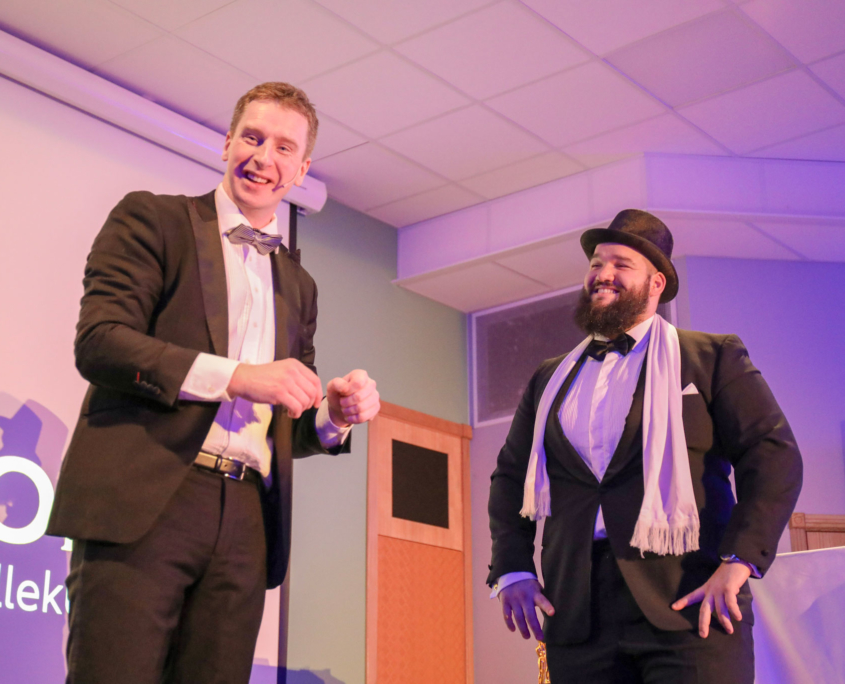 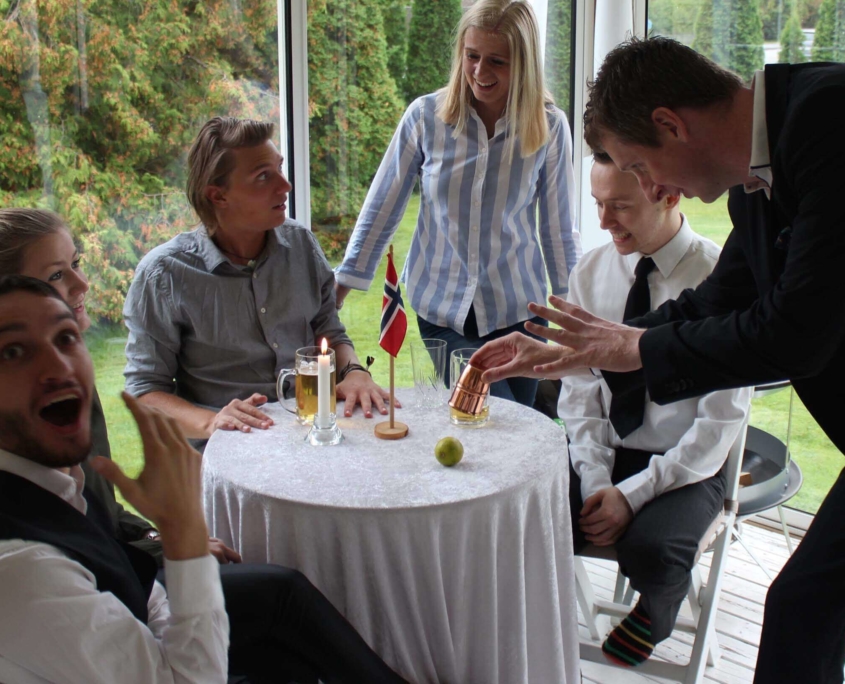 Denis is Norway´s premier professional party entertainer. He mixes charmingly with all your guests in intimate groups being a great icebreaker to any event. Denis makes sure that everyone gets to experience his great mind-reading and psychological illusions up close. He guarantees everyone has a great time and is amazed.

“Denis seems to have been the most memorable part of our party. The atmosphere was fantastic because of him! Magic is the word to describe his entertainment!”

Two-time winner of the renowned “TDIS wedding event awards” and finalist in “Årets bryllupsunderholder 2017”. Denis has the experience and charm to make your guests feel at ease. Bringing your guests together, creating a collective and unique experience while leaving your guests amazed and talking about your special day for years ahead.

“Thank you for making our day very special! Everyone is still talking about you! A perfect part of a perfect day!”

We may request cookies to be set on your device. We use cookies to let us know when you visit our websites, how you interact with us, to enrich your user experience, and to customize your relationship with our website.

Click on the different category headings to find out more. You can also change some of your preferences. Note that blocking some types of cookies may impact your experience on our websites and the services we are able to offer.

These cookies are strictly necessary to provide you with services available through our website and to use some of its features.

Because these cookies are strictly necessary to deliver the website, refuseing them will have impact how our site functions. You always can block or delete cookies by changing your browser settings and force blocking all cookies on this website. But this will always prompt you to accept/refuse cookies when revisiting our site.

We fully respect if you want to refuse cookies but to avoid asking you again and again kindly allow us to store a cookie for that. You are free to opt out any time or opt in for other cookies to get a better experience. If you refuse cookies we will remove all set cookies in our domain.

We provide you with a list of stored cookies on your computer in our domain so you can check what we stored. Due to security reasons we are not able to show or modify cookies from other domains. You can check these in your browser security settings.

These cookies collect information that is used either in aggregate form to help us understand how our website is being used or how effective our marketing campaigns are, or to help us customize our website and application for you in order to enhance your experience.

If you do not want that we track your visit to our site you can disable tracking in your browser here:

We also use different external services like Google Webfonts, Google Maps, and external Video providers. Since these providers may collect personal data like your IP address we allow you to block them here. Please be aware that this might heavily reduce the functionality and appearance of our site. Changes will take effect once you reload the page.

The following cookies are also needed - You can choose if you want to allow them: